Is your contract fair?

A standard form contract is a ‘take it or leave it’ contract where there is no negotiation on the terms (the fine print). In considering if a contract is a standard form contract, a court would take into account a range of factors such as the relative bargaining powers of the parties, whether the contract was pre-prepared and whether the purchasing party was given any real opportunity to negotiate the terms. If a court or tribunal finds that a term is ‘unfair’, the term will become void.

Which contracts are protected by the Australian Consumer Law?

In 2017 VCAT handed down the first unfair contract terms decision, finding that the terms of a business contract were unfair and void. In November 2020 the Commonwealth and state and territory governments agreed to strengthen existing unfair contract term protections in the Australian Consumer Law. Key reforms include:

These reforms aim to reduce the likelihood of unfair contract terms in standard form contracts and improve small business confidence when entering into contracts.

Treasury will be developing exposure draft legislation, which will give small businesses another opportunity to provide feedback on the detail of the reforms.

Unfair contract terms protections now include standard form small business insurance contracts entered into or renewed from 5 April 2021. If a term of an existing contract is varied on or after 5 April 2021, the protections will generally apply to that term though not the rest of the contract. Find out more by visiting the Australian Securities and Investments Commission website.

The Victorian Small Business Commission (VSBC) has concerns about terms in some contracts. For example, one unfair term that the VSBC is aware of is ‘automatic rollover’, which is common in some industries.

We help to bring attention to this and other unfair terms used in contracts by approaching businesses who try to operate in this way. We also strongly encourage small business owners to read the fine print of any contract before signing.

Steps to take if you think your contract is unfair

You can ask the other party to remove the term or change it, or gain advice by speaking with a lawyer or contacting the VSBC.

If you can’t resolve the matter and find yourself in a dispute over unfair contract terms, you can apply for our help to resolve the dispute without needing to go to court. Help includes assistance early on, often just over the phone, and where disputes can’t be resolved this way, access to mediation. At mediation, an experienced and independent mediator guides both parties in fair negotiations with the aim of reaching an outcome both parties can accept.

The Australian Competition and Consumer Commission (ACCC) provides more information on unfair contract terms (including what is and isn’t covered by law) and a video on unfair terms and small business rights. 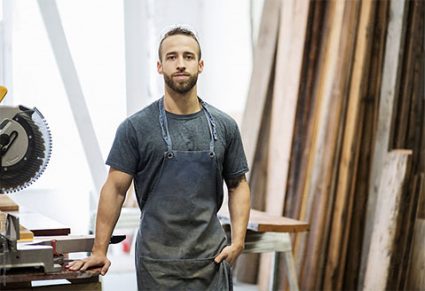 A letter of demand may help.

Entering into a retail lease